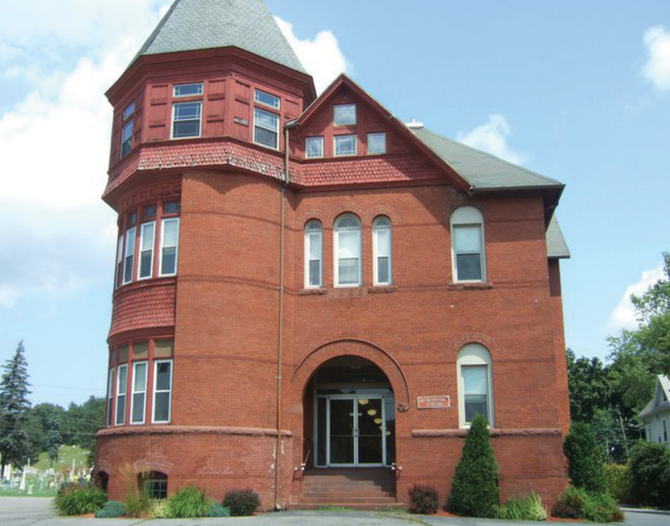 Take the Quaboag Hills (pronounced KWAY-bog) Chamber of Commerce in Palmer, Massachusetts which operates from a four-room space in a renovated former schoolhouse that many of the members attended for elementary school. The chamber functions as a region of its own, serving 15 towns that cover 440 square miles with a total population of 84,000 (i.e., 191 residents per sq. mi. compared to 858 per sq. mi. in Massachusetts statewide). The name Quaboag comes from the Quaboag Pond that used to be called Podunk Pond, a local Algonquian Native American name. The Quaboag Hills Chamber is proud to be the “original Podunk.” However, anyone who knows the Quaboag Hills area intimately knows that it is rich in culture, history, business, and connections to the rest of the world. The Quaboag Hills Chamber’s challenge is connecting those dots. To accomplish that goal, a Peake Pilot Program Fellow helped the chamber improve its outreach and then proceeded to support its members with their individual businesses. 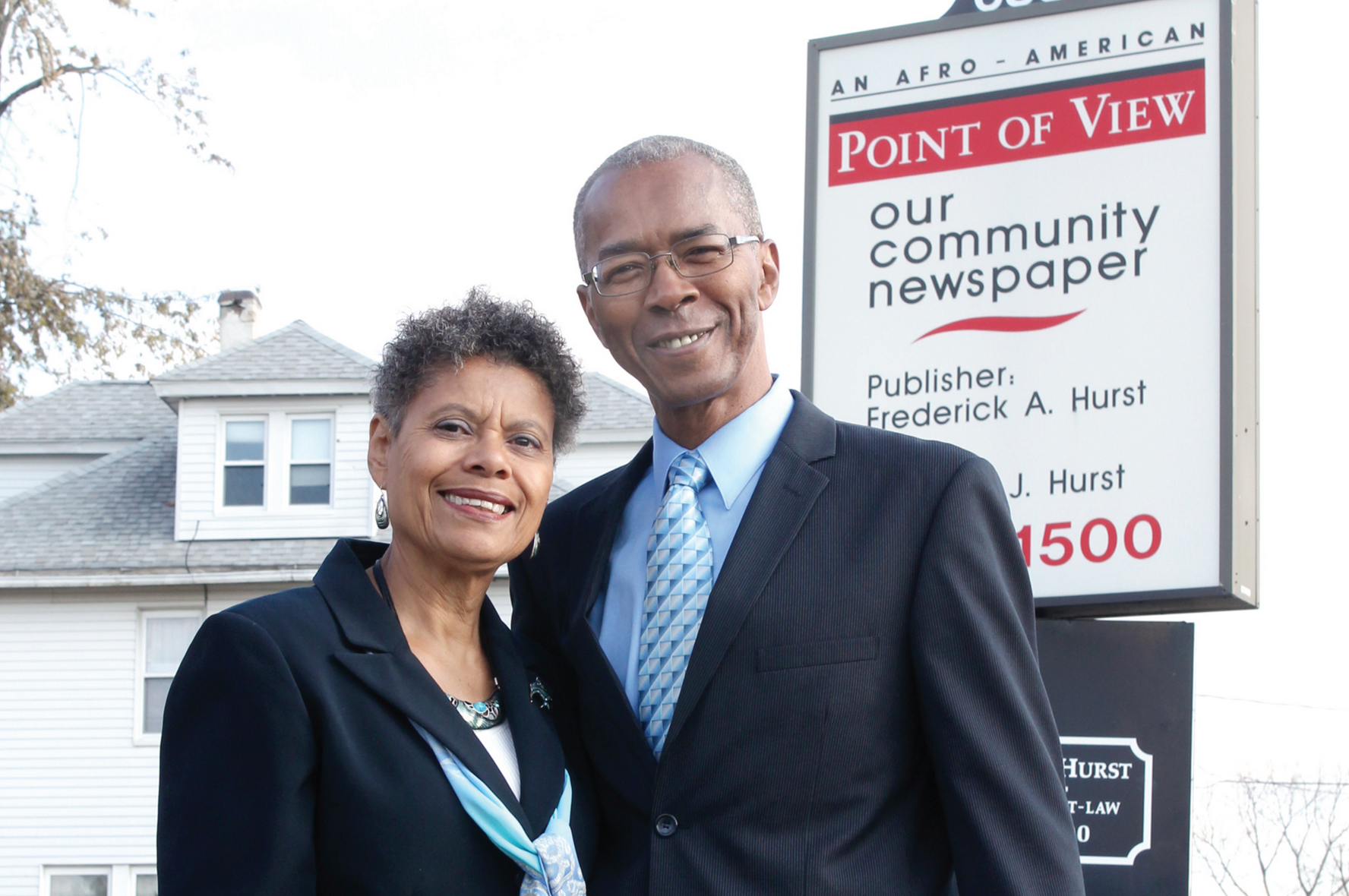 Point of View, the leading African American community newspaper in the region, is headquartered only 11 miles away from the Quaboag Hills Chamber, but the Chamber and the Point of View had never connected in person or online.

“Our Community Connection Campaign goal is to add enough value that we double revenues from our largest advertisers. As a first phase, the training with our Fellow has already helped drive 4-5 times more traffic to our website.”
— Frederick Hurst, Point of View Co-Founder and Publisher

“Social media is the next generation of our community presence as a change agent. But if it were not for our Fellow, we would not have gotten our social media off the ground, and we would not have known the step-by-step best practices on each channel. Now we are active on four different channels in a disciplined process that we trained on and improved with our Fellow’s help every month.”
— Marie Zanazanian, Point of View Production Manager

More generally, the Peake Fellowship sees one of its roles as strengthening the Community Commerce innovation between an area’s local businesses and its higher ed institutions. Rick and Marjorie Hurst have been pioneers on Applied Learning & Teaching based on their own experiences with public schools specializing in
applied learning: Springfield Technical High School and Springfield High School of Commerce respectively. Rick Hurst co-led a workshop with his Fellowship Support Team on next generation community leadership with the Springfield campus of Cambridge College, a five-campus national nonprofit, higher ed institution focused on experiential learning. Both Point of View and Cambridge College bring a heralded commitment to serving the African American community. The Cambridge College students, who are 57% students of color, were energized by what they learned from Rick Hurst as an Applied Learning Partner based on the Point of View’s commitment to a digital transformation of the newspaper’s
community role with a Fellow’s help. 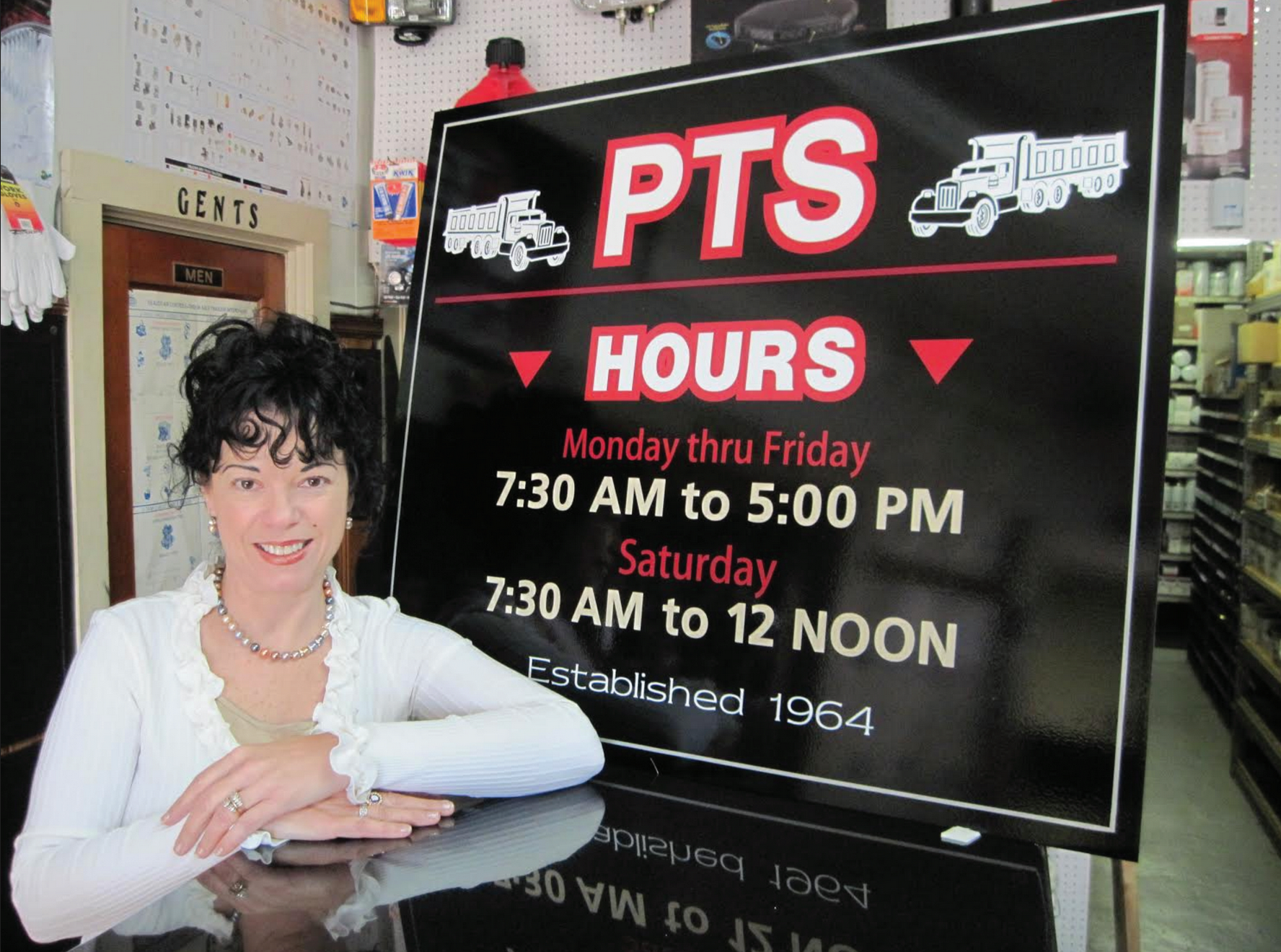 Elaine Boone, CEO of PTS Trucking, Trailer, and Construction Equipment Supply. PTS was named New England Family-owned Business of the Year by the U.S. Small Business Administration. Elaine publicly thanked her Fellow whom she brought to the event as part of the PTS team and included on the cover of the company’s digital catalog.

Less than a mile from the Quaboag Hills chamber office stands PTS Trucking, Trailer, and Construction Equipment Supply. Elaine Boone, the firm’s CEO, leads the trucking equipment company that her mother-in-law founded. PTS is one of the oldest female-owned truck accessory firms in the United States.

“With the Fellows Service training, we exceeded our previous fiscal year’s revenue by 19 percent. That was especially exciting since PTS just celebrated our 50th year. Our Fellows’ social media expertise was the critical ‘missing component’ to our long-term plan. In the years ahead, the Fellows Service will continue to play a vital role for PTS as we pioneer new growth.”
— Elaine Boone, PTS Trucking CEO

Elaine started working with their company’s Peake Pilot Program Fellow after meeting at the chamber. “Soon after, we noticed how outreach started to propel our growth strategy. We got measurable improvements in our branding and marketing with customers and vendors.” 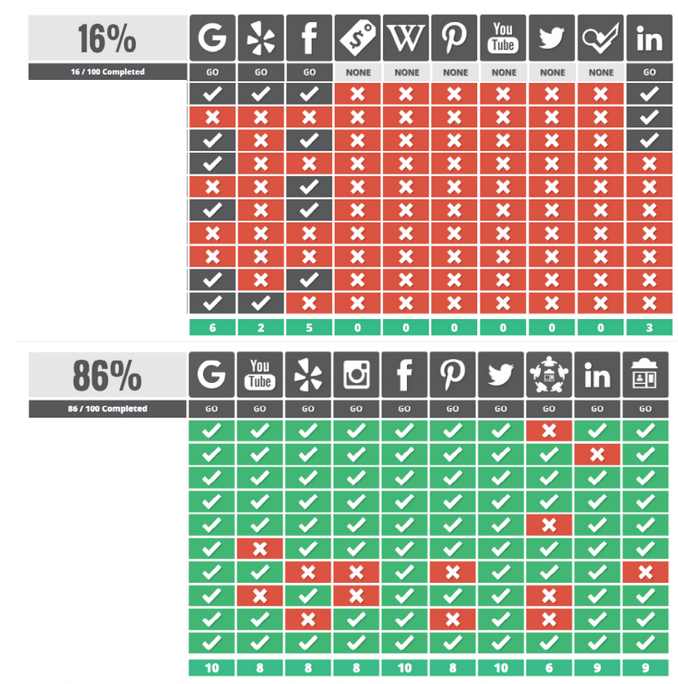 Social Score Progress by Bell & Hudson Insurance reflects the 16 best practices (top) used by the firm when they began with their first year’s Fellow. By expanding to an ongoing 86 best practices (bottom) the firm has grown through social media and web-based operations with support from the succeeding 7+ years of Fellows.

In nearby Belchertown, Massachusetts, Fellows served another Quaboag Hills Chamber member, the 150-year-old company Bell & Hudson Insurance. This family-owned, 16-person firm is well known in the area for personalized service. But Bell & Hudson faces national competition that spends more than a billion dollars per year
on advertising to reach new customers through traditional and social media channels. 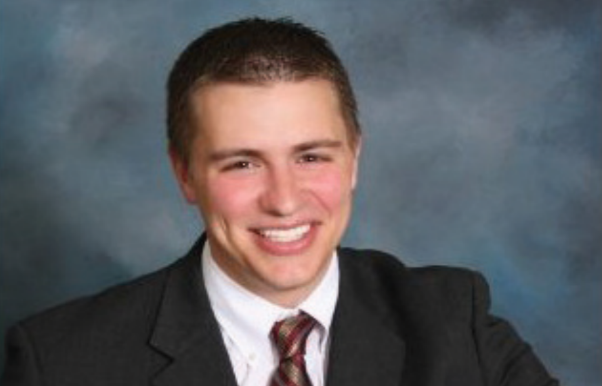 Given the additional cost of targeted online advertising, small insurance firms need to effectively combine their social outreach and campaigns with their personal connections and community partners. Given these trends, Bell & Hudson former President Jim Phaneuf asked his son, the firm’s current President Matt Phaneuf, to take the lead getting Bell & Hudson’s social media up and running on each of the big ten channels with support from their Fellow.

“I consider myself pretty strong on social media. But there are so many social media systems and the changes are so constant, that I decided I needed some help. Training with Fellows has made a big difference for how far we have progressed, and how fast.”
— Matt Phaneuf, Bell & Hudson Insurance President 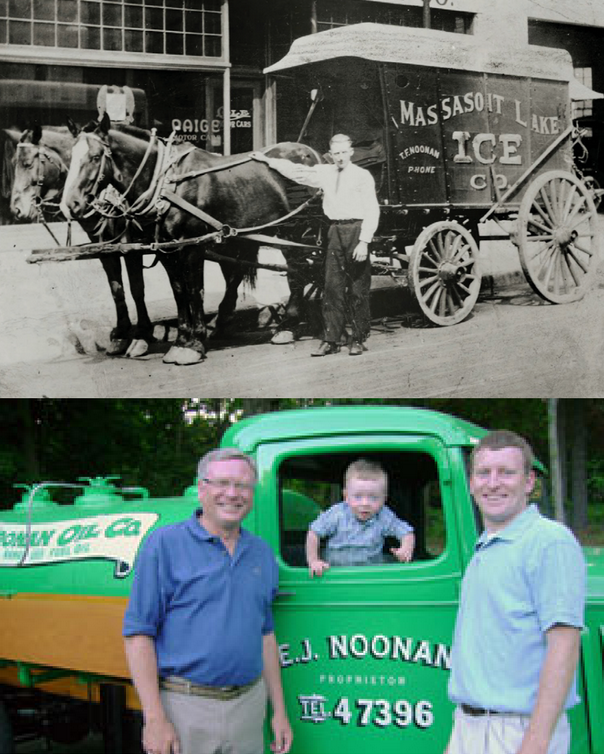 One Bell & Hudson Insurance Fellows Service client is longtime chamber member Noonan Energy. The 130-year-old heating, ventilation, and air conditioning (HVAC) company is run by its fifth generation CEO Ted Noonan. On the 100th anniversary of the firm, which began as a horse-drawn ice delivery service, Ted’s father printed a four-page spread in the newspaper. For the 125th anniversary and beyond, Ted led a Community Connection Campaign through social media to celebrate and propel the business forward.

His Peake Pilot Program Fellow recommended that the content be produced by the staff, but Ted knew that would not happen quickly enough because of their workloads. So until his team was trained and could carve out time to create the content themselves, the Fellowship Operations Center provided Noonan Energy with a daily editorial calendar and HVAC-specific postings that were valued by Noonan’s community.

“Our first goal from social media is community building. But as a quantifiable impact, we aim to increase our number of home energy audits by 50 percent this year. That drives big value for our customers and all kinds of new business for us.”
— Ted Noonan, CEO of Noonan Energy 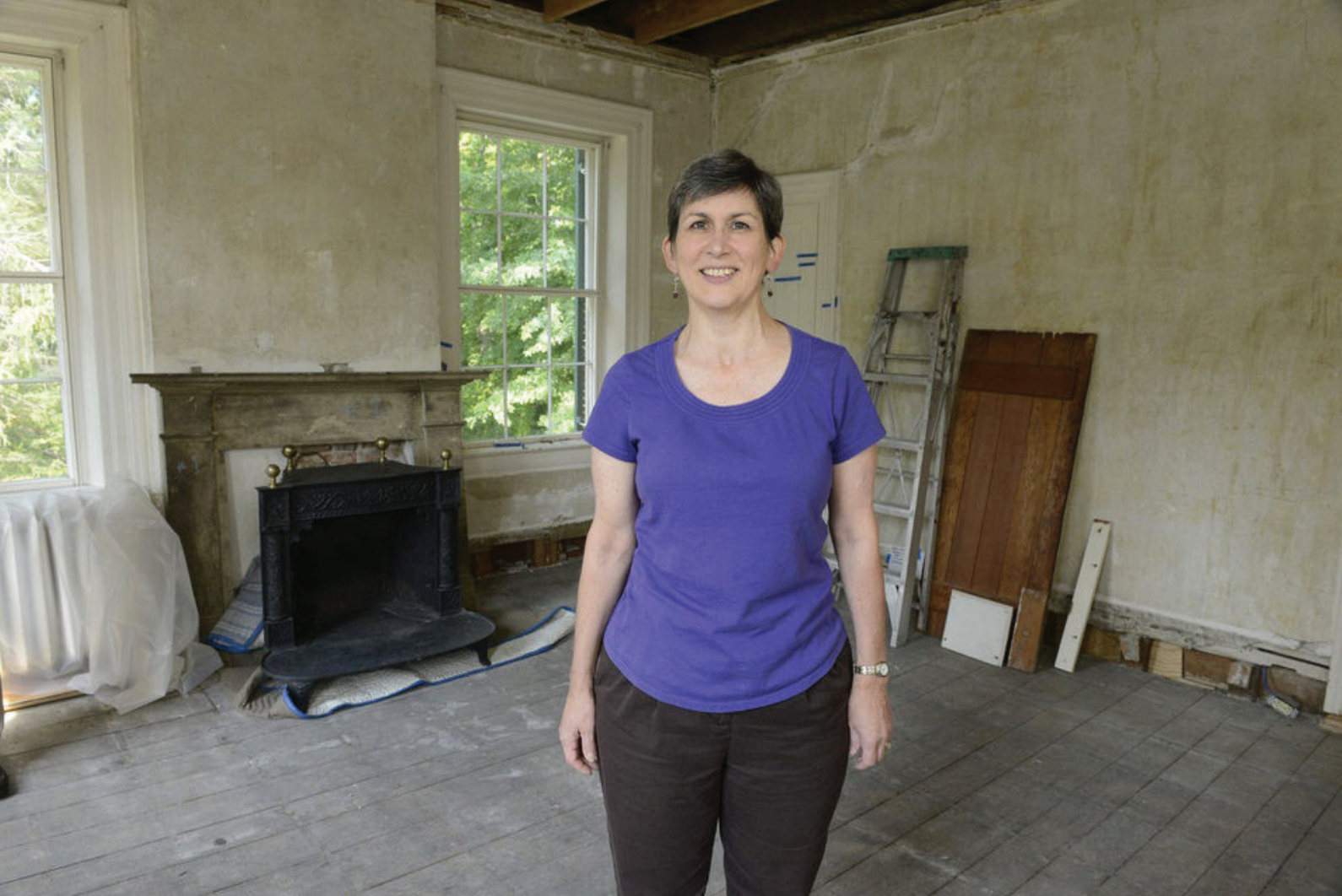 Half a mile from Noonan Energy’s Amherst location stands the Emily Dickinson Museum, family home of the renowned poet that receives thousands of visits from around the world each year. Executive Director Jane Wald connected her global outreach with visitors to local engagement with Pioneer Valley businesses across the region’s chambers. Each step of the way, Fellows educated Jane and her staff’s social media leader.

“We were really struggling with how to assert a social media presence and how to tie that into an overall public relations plan. My original Fellow and the one who followed her the next year have been a tremendous help. It was like turning on a light switch in a dark room. Beyond the qualitative benefits of working with the Fellows, we have noticed extraordinary quantitative benefits of our growing community on social media. In one year, we tracked a 30 percent increase in people attending our events, and a 22.4 percent increase of unique visitors to our website.” — Jane Wald, Emily Dickinson Museum Executive Director 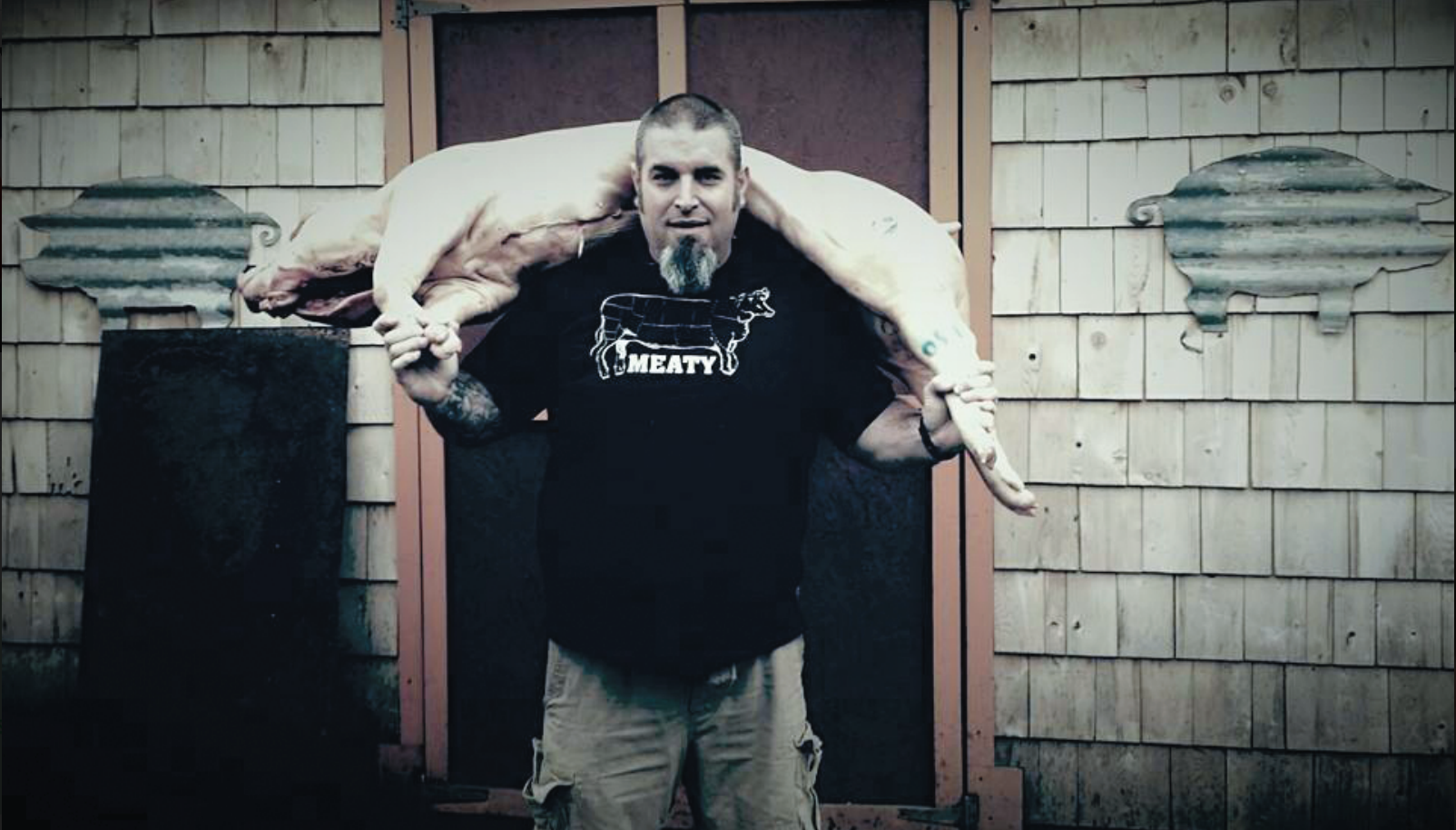 Another area business that sparks a Community Connection Campaign like the Emily Dickinson Museum is a nearby iconic barbecue joint B.T.’s Smokehouse. With a national reputation, B.T.’s draws customers from across the country. Founder Brian Treitman is a social media power-user. With a perfect 100 percent Social Score, B.T.’s Smokehouse has more than 30,000 followers on Facebook alone, and hundreds of those online community members share Brian’s posts about B.T.’s daily.

“Social media is our only form of marketing. I use my Fellow as an educational partner in my social media process which adds a discipline and cadence to my campaigns. Together with the Fellows Service we have doubled our Facebook followers over the last 12 months, and our revenue over last year increased by 24 percent as a direct result of social media.”
— Brian Treitman, B.T.’s Smokehouse Founder

Brian heard about the Peake Pilot Program Fellowship from Alexandra McNitt, Executive Director of the Chamber of Central Mass South, located a few steps away from B.T.’s in their town of Sturbridge. Brian also got a thumbs up about the Fellowship Program from the leader of a local advertising firm who sits with him on the chamber’s board. The advertising executive described the Fellows Service as a cost-effective way for a small & local business to have a personal trainer who can then refer work if a more senior marketing professional is needed. 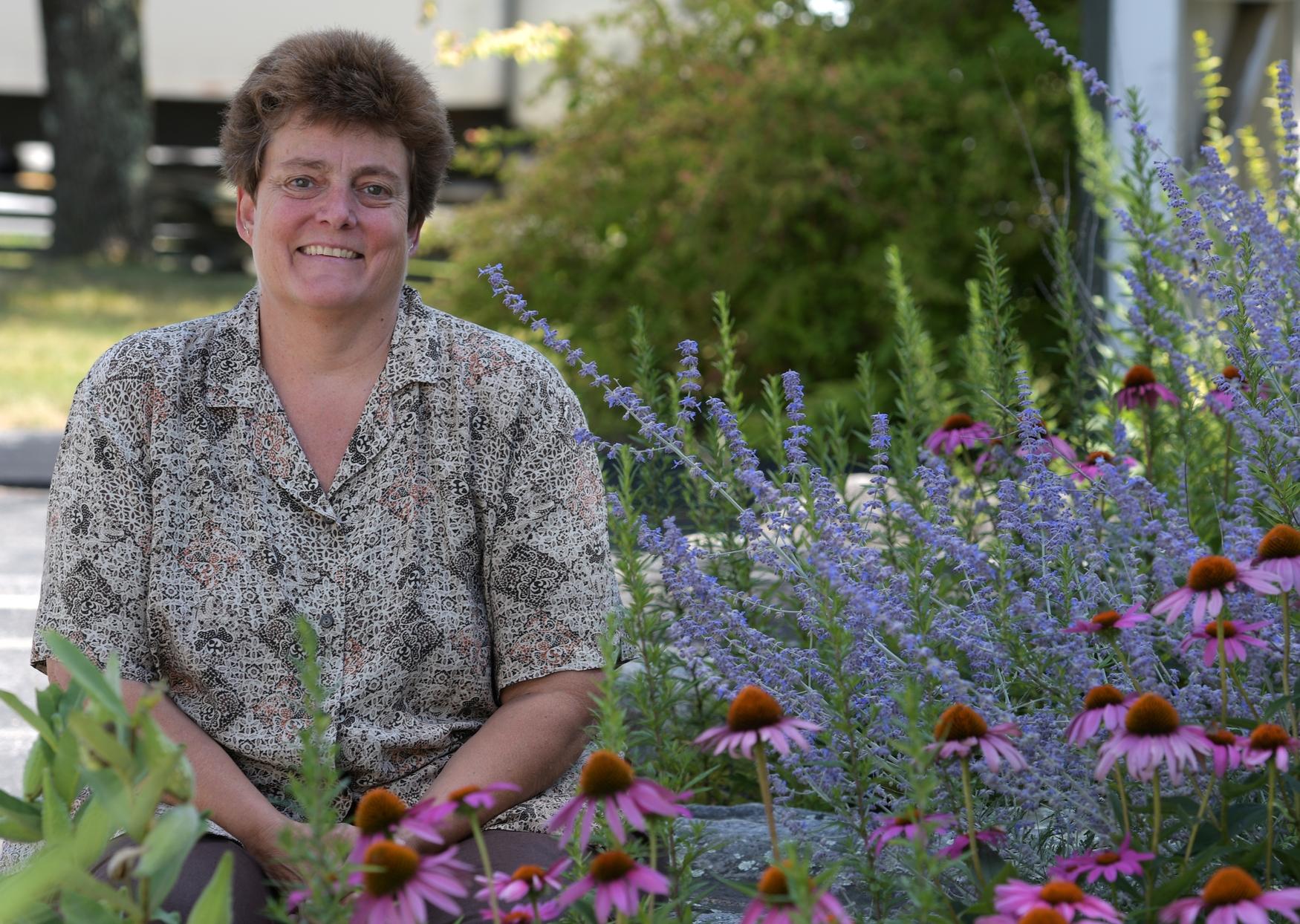 During the COVID-19 pandemic, Brian pioneered ways for social media to keep his business and employees growing through online ordering and deliveries for area health workers. Locally, Brian joined his Fellow in recording online chamber best practice tips as a training for other members of the chamber who could learn from B.T.’s response to the challenge of recovery and reinvention. Nationally, Brian began development of a Private Group for collaboration on the Fellowship Network platform among other regional barbeque leaders in each of the 50 states.

“The value proposition from Fellows is a ‘no-brainer’ if someone wants to improve on social media. The members get their own chamber-based advisor — a skilled and personable professional — who methodically, step-by-step, trains the business owners and their staffs to learn about, use, and leverage the strengths of social media.”
— Alexandra McNitt, Chamber of Central Mass South Executive Director 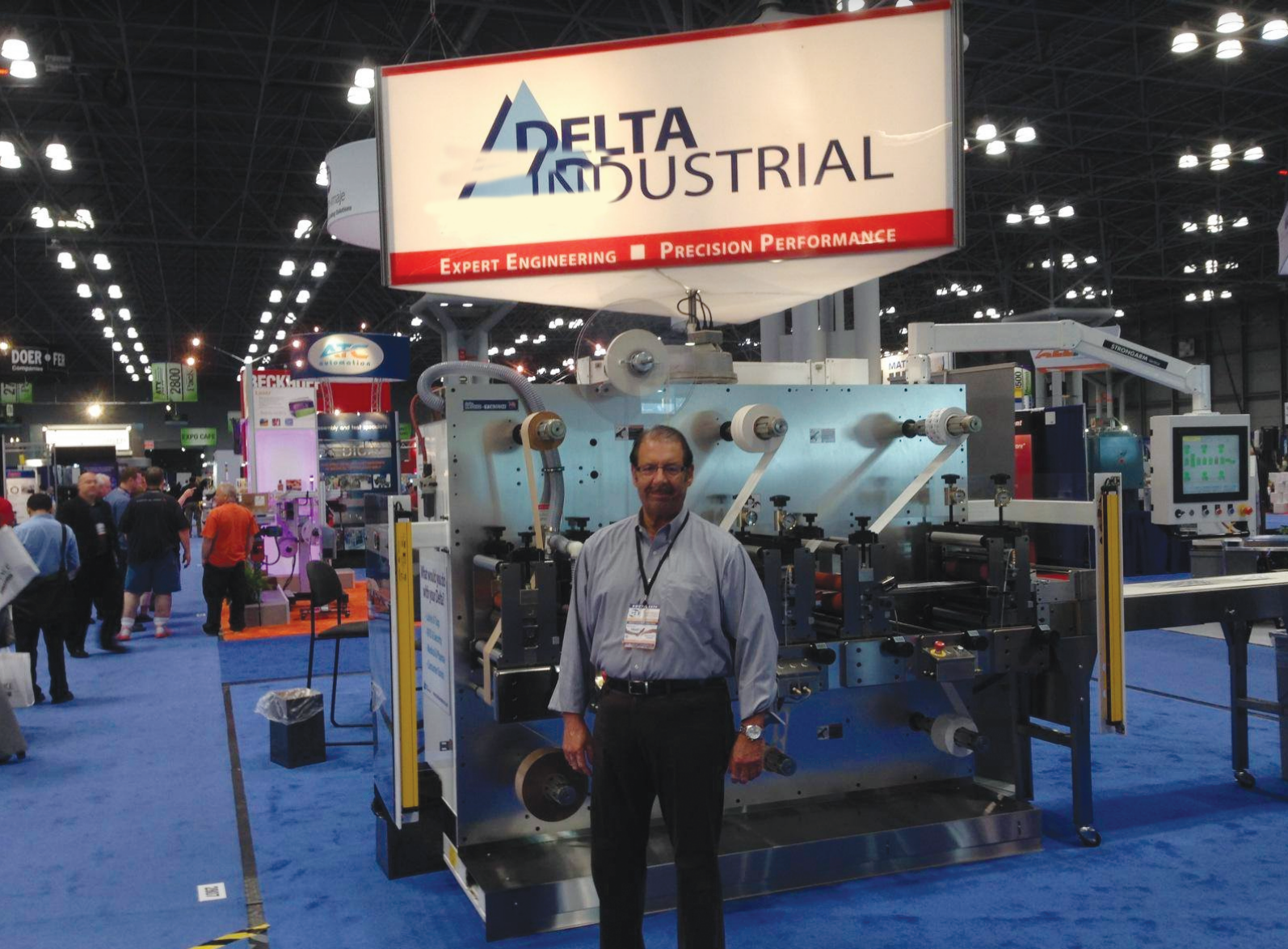 Fellows work as part of each business’s team which often includes other partners (e.g.,marketing companies). One business that has its Peake Pilot Program Fellows training on social media alongside a local advertising firm is the employee-owned precision manufacturer, Lampin Corporation in Uxbridge, Massachusetts. Bill DiBenedetto, Lampin’s then President, heard about the Fellowship program from Jeannie Hebert, CEO of the Blackstone Valley Chamber, where Bill serves on the chamber’s board.

Bill and his successor as President, Robin LeClaire, meet with their Fellow once a month hourly to address prioritized worksteps, and between meetings for ad-hoc questions, as needed. At each session, they learn how Lampin can achieve business results by strengthening Lampin’s social media one channel at a time, which they measure with the Social Score.

“The Fellowship Program helped Lampin complete our first fiscal year together with 22 percent growth in revenue, 15 percent growth in business from new clients, and well over 50 percent growth in net profit. We extended that growth each year winning new clients like SpaceX with the help of digital outreach and engagement.”
— Bill DiBenedetto, Lampin President on passing the torch to Lampin’s new President Robin LeClaire.